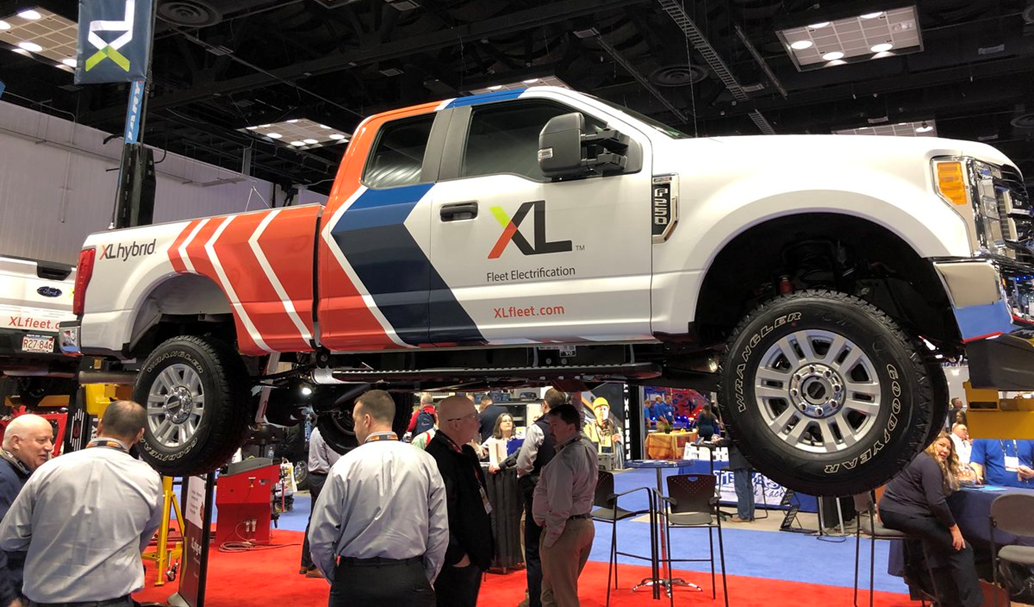 Last week’s NTEA show was a huge success, and it was certainly a major showing for XL. Some of our highlights included an announcement of our company’s record sales in 2017, a corporate rebranding from XL Hybrids to XL, and the debut of our XLH hybrid electric Ford F-250 solution, which was on display in our booth.

Here’s a list of the top 5 questions we were asked by the hundreds of customers, prospects and partners we met at the show – both in our booth, and the neighboring Ford booth, where we were also on display. Please email us at info@xlfleet.com if you have additional questions that aren’t addressed in this blog. Let’s dig in!
END_OF_DOCUMENT_TOKEN_TO_BE_REPLACED

The Top 5 Questions Heard at NTEA

Every month it seems like automotive manufacturers around the globe are committing to offering more and more electrified vehicles. New announcements are coming fast and furious. General Motors is among the leaders on this front, recently announcing plans for 20 new all-electric models by 2023. In a move that goes one step beyond many of its peers, GM is also positioning itself as a leader in electrified commercial vehicles too, thanks in part to a new strategic partnership with XL.

GM recognizes that in today’s commercial fleet market, there’s a growing demand for hybrid electrics, plug-in hybrids and other electrified vehicles. This trend is being driven by large companies’ and municipalities’ strong desire for fuel efficiency improvements, cost savings and corporate sustainability goals within their fleets. GM and XL recently announced a collaboration to make it easier for companies to scale fleet electrification through two tactical steps.

First, GM has added XL Hybrid upfits as an option in its commercial dealer ordering system for Chevrolet and GMC dealers. Fleet customers are now just a few clicks away from adding XL upfits to their Chevy Express and GMC Savana full-sized vans and cutaways powered by GM’s 6.0-liter engine, as well as GM’s new 4.3-liter engine later this year. Second, GM has created dedicated ship-thru codes for XL Hybrid upfits to make installation and vehicle logistics seamless. Ship-thru installation locations for XL systems include both Knapheide Manufacturing and Adrian Steel just down the street from GM’s factory in Wentzville, MO.
END_OF_DOCUMENT_TOKEN_TO_BE_REPLACED